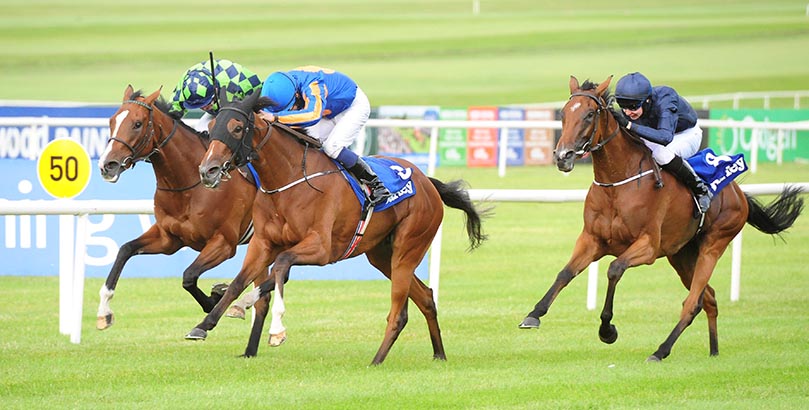 A fantastic week of racing in County Kildare is set to be capped off by the return of last year’s Yorkshire Oaks heroine Tapestry who is set to make her seasonal debut in Monday’s Group Three So You Think Mooresbridge Stakes at the Curragh.

A small but select field of six were left in the race at Wednesday’s final forfeit stage with Tapestry a possible to take on Dermot Weld’s recent Leopardstown winner Fascinating Rock and Jim Bolger’s Alleged Stakes winner Parish Hall.

Aidan O’Brien will be looking to secure an eighth win in the race and a sixth in a row with the daughter of Galileo who could be aimed back at the Curragh after he first run of the season.

O’Brien said; “Tapestry is ready to start off and is in good shape. If all goes well at the Curragh on Monday she could return for the Tattersalls Gold Cup or we might look at the Coronation Cup at Epsom.”

Tommy Stack’s Alive Alive Oh holds entries in both the Mooresbridge Stakes and Canford Cliffs EBF Athasi Stakes and a strong field of 17 entries remain in the seven-furlong Group Three with course and distance winner Tested a candidate to continue Dermot Weld’s brilliant start to the current season.

The support card on Monday is full of clues for some of the major races of the summer and a nice group of three-year-olds look set to do battle in the Tetrarch Stakes with 11 of the 17 entries also being possibles for the Tattersalls Irish 2,000 Guineas.  Dick Whittington, Portage, Shepherd’s Purse and Convergence are notable entries.

Racing on Monday gets underway at 2.05pm with the seven race card beginning with a two-year-old race that features five previous winners.

A variety of free entertainment for children during the afternoon will include giant inflatable’s, face painting, Reptile Village, display of army equipment, horse racing simulator together with a packed programme of  live music from a variety of local bands and musicians, while children from local sports club will compete in exhibition games between races.

Admission is only 10 euro, seniors and under 25s 5 euro while under 16s are free.