Superstars Set to Clash for €2.5 million at Punchestown. 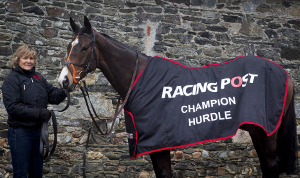 ·        37 sponsors give massive vote of confidence with further investment 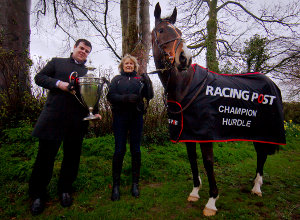 With less than five weeks to the highlight of the Irish jump racing season Punchestown looks set to once again attract the superstars of racing  with the announcement of an impressive €2.5 million prize fund.

A further development for the jump racing season finale is the introduction of the major new sponsor for the 2014 Champion Hurdle, The Racing Post. The new arrangement will guarantee a prize fund of €200,000 for the race that could be a major rematch between Hurricane Fly and Jezki, the two highest rated hurdlers (173) of the last ten years according to The Racing Post ratings.

Still enjoying the aftermath of a history making win at Cheltenham trainer Jessica Harrington looked forward to the Punchestown festival by saying: “Every trainer wants winners but Punchestown Festival winners are extra special. The competition is very tough as the festival continues to draw back the best horses from both Ireland and the UK”  Commenting on the prospect of Cheltenham Champion Hurdle winner Jezki attempting to land the Punchestown equivalent his trainer continued “Jezki appears to have come out of his Cheltenham race well and he has had a little break since but we are now stepping up his training and the plan is to go for The Racing Post Champion Hurdle at Punchestown which will no doubt be another very competitive renewal”.

The enhancements to prize money are evident throughout the programme with the panel of 37 sponsors contributing, upgrading or indeed joining the sponsorship ranks to ensure that once again every race at the Punchestown festival is sponsored.  The cash injection now sees the four feature races totalling €200,000 each with major increases in the Bibby Financial Services Ireland Punchestown Gold Cup (+ €50,000) and the Ladbrokes World Series Hurdle (+ €30,000).

Further to the announcement Punchestown General Manager Dick O’Sullivan said “The Punchestown Festival kicks off in five weeks and the countdown is well and truly on. Prize fund news like this is significant on so many levels as attractive prize money brings the best horses from both Ireland and the UK which means top class racing and exciting Cheltenham rematches.”

Alan Byrne, Editor-in-Chief and Chief Executive of the Racing Post said “Having been involved with Punchestown as both a sponsor and content partner we are delighted to further increase our contribution   to the festival and Irish racing overall. The 2014 Racing Post Champion Hurdle should be a thrilling renewal and we are very much looking forward to Friday 2nd May”.

Brian Kavanagh CEO Horse Racing Ireland “After such an exciting Cheltenham festival it will be really exciting for the Irish public to see the superstars in action. It’s a great time for Irish racing and HRI are delighted to  be part of the continued success of the Punchestown Festival”.